Noorjahan- Inspiration for generations of singers 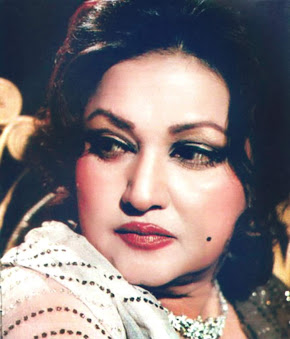 Noorjehan was the first female singing superstar of Indian cinema and helped laid the foundation for playback singing as we know it. She also inspired a generation of singers including Lata Mangeshkar before single-handedly kick-starting music in Pakistan. Her ability to enunciate with crystalline clarity and her skill in evoking the right emotion, especially in her sad songs, is what made her singing so popular.
She was India's most famous singer and actor before Independence. She had become a household name with such movies as Khandaan (1942), Naukar(1943), Dost (1944), Zeenat (1945), Village Girl (1945), Badi Ma(1945), Anmol Ghadi (1946) and Jugnu (1947). 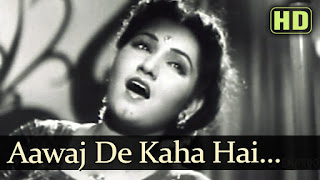 In 1947, she decided to move to Pakistan along her husband Shaukat Hussain Rizvi. She left Bombay and settled in Karachi Pakistan. Three years after settling in Pakistan, she starred in her first Pakistani film Chan Wey (1951), opposite Santosh Kumar, which was also her first Pakistani film as a heroine and playback singer. Shaukat Hussain Rizvi and Noor Jehan directed this film together, making Jehan Pakistan's first female director. Jehan's second film in Pakistan was Dopatta (1952) which was Produced by Aslam Lodhi, Directed by Sibtain Fazli and assisted by A. H. Rana as Production Manager. Dopatta turned out to be an even bigger success than Chan Wey (1951). 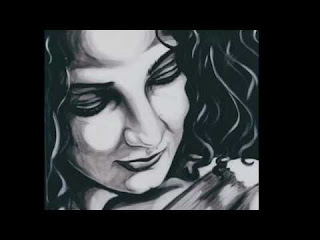 She had problems in her marriage and got divorced due to personal differences. She kept custody of the three children from their marriage. In 1959, she married another film actor, Ejaz Durrani, nine years her junior.
After her second marriage, she didn't work in many films. Her husband pressured her to give up acting, and her last film as a lead role was Mirza Ghalib (1961). She last acted in Baaji in 1963, though not in a leading role. She continued singing after that. She sang a large number of duets with Ahmed Rushdi, Mehdi Hassan, Masood Rana, Nusrat Fateh Ali Khan and Mujeeb Aalam.
She visited India in 1982 to celebrate the Golden Jubilee of the Indian talkie movies, where she met Indian Prime Minister Indira Gandhi in New Delhi and was received by Dilip Kumar and Lata Mangeshkar in Bombay. She met all her erstwhile heroes and costars, including Surendra, Pran, Suraiya, composer Naushad and others.
After 1986 she was not keeping well so she stopped singing assignments. In 2000, Jehan was hospitalised in Karachi and suffered a heart attack. On 23 December 2000. Jehan died as a result of heart failure. Her funeral took place at Jamia Masjid Sultan, Karachi and was attended by over 400,000 people. She was buried at the Gizri Graveyard in Karachi.
She received more than 15 Nigar Awards for Best Female Playback Singer, eight for best Urdu Singer Female and the rest for Punjabi playback. She has also been given the award for the Singer Of Millennium.