KN Singh- The Looks That Sent Shivers to Audience 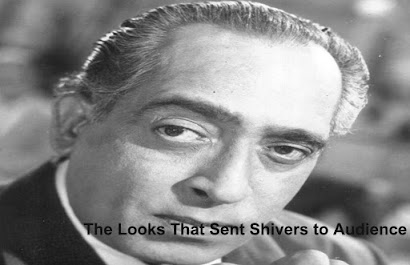 Recall the personality on the Black & White screen, immaculate in his dress - a suit, overcoat, hat, and cigarette. A peculiar style of his own, raising his bushy eyebrows, tough looks, loud and nasty talk, and horrible laugh, cultured, and soft exterior.  He appeared in over 250 Hindi films over a long career stretching from 1936 to the late 1980s.

He was selected to represent India in the 1936 Berlin Olympics before circumstances compelled him to go to Calcutta to attend on his ailing sister. There he met his family friend Prithviraj Kapoor, who introduced him to director Debaki Bose, who offered him a debut role in his film Sunehra Sansar (1936). According to his nephew in an interview, his first film was Hawai Daku where he was the protagonist. No records exist of this movie now.

After that, he appeared in Karodpati(1937), Vidyapati (1937), Anand Ashram, and Milaap, all these films he did in Calcutta. He came to limelight after the release of Baghban 1938  in which he played the antagonist. The movie was super hit and his role also became super hit. His suave style, baritone voice, and menacing eyes became legendary.KN Singh and his friends Prithviraj Kapoor and KL Saigal were considered the pioneering stars of the Bombay talkies.

He appeared in many R K Films and Navketan films. He was in Barsaat(1949) as Bholu, Awaea(1951) as Jagga. He was in Baazi as Rajni's father, in Jaal as Carlo, in House No 44 as captain. He was in Aandhiyan, Funtoosh, and almost all the earlier films of Dev Anand. He was also a favorite actor of Guru Dutt, who took him in Baazi, Jaal, Baaz, and CID. He played General Barborosa in Baaz(1953)

As an actor, Singh's thirst for learning was legendary. For example, he studied the style and mannerisms of carriage riders to prepare for the role of a horse carriage driver in Inspector (1956).He played prominent roles in movies such as Jhoota Kahin Ka (1970), Haathi Mere Saathi (1971) and Mere Jeevan Saathi (1972). His last prominent role was in the 1973 film Loafer.

He had the distinction of working with three generations of the Kapoor family. He acted with Patriarch Prthiviraj Kapoor in Bidyapati (1937), with Raj Kapoor in Awara (1951) and Rishi Kapoor in Rafoo Chakkar (1975).

Kishore Kumar made him sing and dance in his film Badhti Ka Naam Dadhi in 1974. This is a rare occasion we see K N Singh in a cameo role.