Asha Bhonsle- Awarded for a song that never picturized 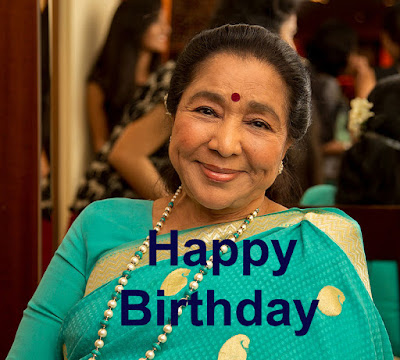 You would be surprised to know that Asha Bhosle won her 6th Filmfare Best Singer award of 1974 for a playback song that did not figure in the movie at all? The song was in the Long Playing Record but was not in the film.

The song was 'Chein se hum ko kabhi aap ne jeene na diyaa' from the film 'Pran Jaye Per Vachan Na Jaye'  released in 1974.The song was composed by O P Nayyar.It was the last song of Asha Bhonsle for O P Nayyar.After this song they parted away. Asha  Bhosle did not turn up to pick up the award, which was, ironically, received by OP Nayyar.

The story behind the song was that this song was recorded after the completion of the shooting of the film. The song was to be added in the last moment but the producer had already sent the film to the censor board and before the song to be picturized, the film got the censor certificate.

The song was written by S H Bihari.lyrics are full of emotions and Ashadidiji sang this song from the depth of her heart and she made the song superb.

Asha Bhosle(born 8 September 1933) has won seven Filmfare Best Female Playback Awards of 18 nominations. After receiving the award in 1979, Bhosle emulated her elder sister and requested that her name not be considered for the nominations hereafter. Despite this, Bhosle is the most frequent winner of this award to date, tying with Alka Yagnik. She was later given a Special Award for Rangeela in 1996, and the Filmfare Lifetime Achievement Award in 2001.