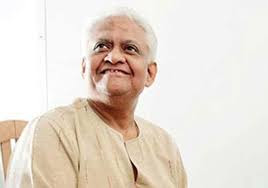 Binaca Geetmala was the first and the most popular countdown show of Hindi Film songs from 1953 to 1993. The program played a plethora of popular songs, flooding the airwaves of our childhood and youth. We used to wait eagerly to every Wednesday at 8 PM, to tune in to what would be a nonstop one hour feast of music fiesta.

In an interview, Laxmikant told that it was their desire that their song is played in this program. It became their goal to achieve this feat. In the third quarter of 1963, Laxmikant-Pyarelal first ever songs Hasta Hua Noorani Chehra form “Parasmani”  hit the “Binaca Geetmala”.  It appeared on the Number 06 position in the finals. Number  15  also acquired by Woh Jab Yaad Aaye, from the same film.

Binaca Geetmala was a weekly program and in the last Wednesday of the year, Binaca Geetmala used to broadcast annual (Varshik) program giving the orders of the top ‘Final Songs”  songs of the year, at the end of every year. The success of a music director , lyricist or singer was judged on the performance of their song in the annual program.

If we look into the 40 years journey of this show, the total number of songs that appeared were 1259. Out of these, 245 songs were composed of them, highest of all music directors followed by Shankar Jaikishan (144 songs).

The popularity of their songs was so high that on many occasions, more than half the numbers of the songs were of the duos.  There are certain weekly Binaca Geetmala programs in which more than 13 out of 16 songs of Laxmikant-Pyarelal were broadcast when the duo were on right on top of their carrier.

After appearing for the first time in 1963 they dominated this program.. Not only that, on an average, there used to be at least more than 8 to 10  songs from the desk of the duos, that too covering about 50 % of the songs in between top to first ten positions.