Kalpna Kartik- The Lady who brought out Dev Anand from Depression 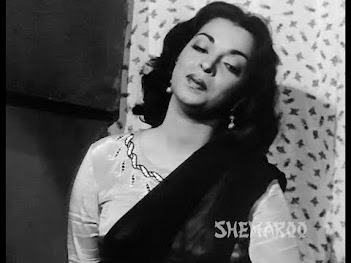 Mona Singh is the real name of Kalpna Kartik. She was introduced to Bollywood by Chetan Anand who spotted her in a Beauty Contest in 1950. She became Miss Shimla in that contest. Chetan Anand persuaded her family to cast her in Baazi (1951) opposite Dev Anand.She appeared in 6 films that too with Dev Anand. She married Dev Anand during the shooting of Taxi Driver in 1954

.We all know that Dev Anand was in love with Suraiya, both wanted to marry but their relationship came to an end. After that, he was heartbroken. It was Kalpna Kartik who brought out Dev Anand from the morass of grief he was feeling.

It is said Dev Anand was enamored by her during the making of Baazi itself. They did Aandhiyan (1952) and Humsafar(1953) He didn’t want to take any chances this time and decided to marry her as soon as she said yes. It was during a lunch break of Shooting Taxi Driver Dev Anand and Kalpna Kartik married secretly. Trust Dev Anand to do something different. Dev Anand in an interview to Simmi said that both had planned that they'll get married and will not tell anybody and then they'll throw a reception." 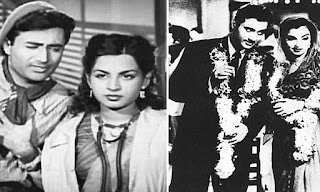 The sorrows and wounds of Dev Anand were finally healed, and he finally found his true soul-mate. Dev Anand and Kalpana were blessed with a son, Suneil Anand, in 1956 in Zurich, where they were attending a film festival. They later had a daughter too, Devina Anand, thus completing their picture-perfect family.

After the marriage, she appeared with Dev Anand in only two films House No 44(1955) and Nau Do Gyarah(1956), many offers came to her opposite Dev but she declined wanted to raise her children. 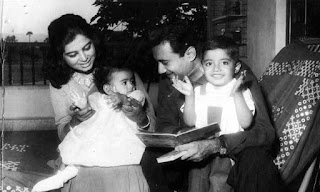 She became an associate producer with Tere Ghar Ke Samne(1963) and later produced Jewel Thief. Prem Pujari., Shareef Budmaash (1973), Heera Panna (1973), and Jaaneman (1976).  She is a private person and always remained away from film parties. So there were rumors that she is separated from Dev Anand but that was not true. Dev Anand and Kalpana Kartik remained espoused till his death in the year 2011.