Rangeela released on September 8, 1995, was A. R. Rahman's debut Hindi film with an original score and soundtrack, The film was a major box office success and received critical acclaim. Rangeela is considered to be a cult classic in the history of Bollywood.

Aamir Khan gave a brilliant performance in the film but eluded from the Filmfare's Best Actor Award. After that, he decided not to take any award and attend any award function. He played an unusual character of a Mumbaiya Tapori in the early stages of his career and that proved to be the milestone for him. Urmila Matondkar in the film became the talk of the town as it re-invented the image of the Bollywood Heroine. 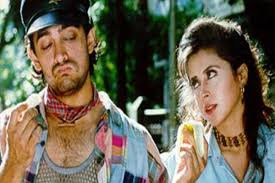 The story evolves around Munna (Aamir Khan) & Milli (Urmila). Aamir is a tenant who lives in the same apartment as Milli, he is a street thug who makes a living by selling cinema tickets in black. In the turn of events, Milli ends up with a role in a big Bollywood movie, and the world around her changes. The hero of her film Jackie Shroff falls in love with her. Munna once her best friend, is in love with her but because this new turn in her life gets ignored. Feeling inferior, Munna decides to leave Mili to Raj. In the end, misunderstandings get cleared up and the lovers unite. 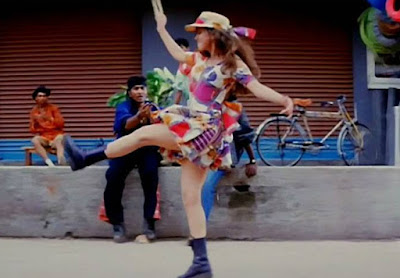 Rangeela remains RGV's only successful light-hearted film that consisted of romance, music, and comedy. After that he shifted his focus to thriller and gangster films.